I am the son of immigrants 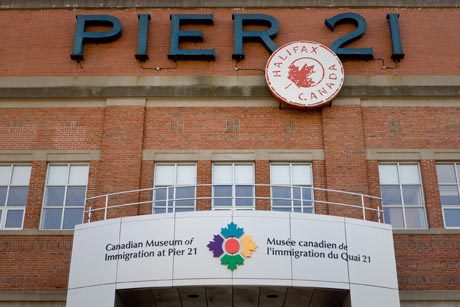 What more can be said about Donald Trump’s America that hasn’t been said?

It isn’t even about him in particular. It’s about the mentality he represents. That enough people share his thinking is what’s most disturbing.

Give me your tired, your poor / Your huddled masses yearning to breathe free / The wretched refuse of your teeming shore…

My parents were illiterate immigrants. They never mastered the language, they tilled a makeshift garden next to a railroad track, they hung sausage in the cold room and made wine in their garage. One generation later their three children are all professionals – two chartered accountants and a psychologist. It took only one generation to create fully integrated Canadians. Their grandchildren are a slice of Canadian life: engineers, researchers, web content specialists, HVAC technicians, and military reservists.

Theirs is the stereotypic immigrant’s story; two young people living in the mess that was post WW-II Europe. They arrived on a boat with empty pockets and nothing but hope and the willingness to work hard in their spirits. It didn’t take long for those uneducated immigrants to go from mopping your floors and sewing your undergarments to planting the seeds of a growing group of typical Canadians. Just more of us.

It does indeed take time to integrate newcomers. It’s not easy to help them find work and teach them a new language but surely we can be more welcoming. By fully accepting ‘them’ they quickly become one of ‘us.’

And it probably isn’t as tough as we think to find work for them. While we often favour educated immigrants who speak our language and who can bring advanced skills, there are plenty of jobs we don’t want. Immigrants like my parents will indeed be happy to mop floors, drive taxis, and sew underwear. The skilled jobs can be filled later by their children. Their Canadian children.

Soon in the bars around the harbor was talk of America for Americans
Someone said “You want ‘em out, you got to burn ‘em out.” And brought in the Texas Klan
- Bruce Springsteen (Galveston Bay)

I regularly dine at a restaurant owned by a survivor of the barbarous Khmer Rouge, I recently met the remarkably inspiring writer Kim Thuy, who was one of the many Vietnamese boat people, and I order pizza from a Serbian-owned restaurant. All of these people have become part of us – who we are – and of our ever-evolving culture. 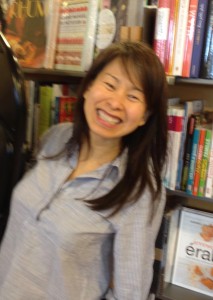 Why then are immigrants so often seen as a problem? I am particularly disheartened by the plight of the Syrian refugees. If a starving man were to approach you and beg for something to eat would you turn and walk away? Yet this appears to be the attitude of anti-immigration zealots like Trump and his supporters. To close the borders to Syrian refugees is akin to stepping over a starving child on the way to the garbage can to dump the chicken nuggets you didn’t finish!

For security reasons no less. Threats to security do not come from the ‘wretched refuse.’ Threats come from the people we alienate by treating them as unwanted outsiders. And, of course as we saw this week in Quebec City, from the bigots we inflame with our tribal rhetoric.

Those we take in under desperate conditions are the most proud to become one of us. Go to a Canada Day parade and count the faces of the visible minorities. And among the whites, the ones who are immigrants can easily be identified as well. Just look for the people who wave the flags with the most enthusiasm.

Immigrants are not a threat. They just become US. Unless of course we treat them as THEM.

2 comments to I am the son of immigrants