Can we learn from history?

Sorry, folks. It took a while to find my writing discipline again. Here is something I published yesterday on the rising trend of identity politics in the Huffington Post. (See: Tribalism Remains Mankind’s Most Dangerous Instinct)

CAN WE LEARN FROM HISTORY?

Here’s a disturbing thought. If human nature produced the atrocities of the last century, is it any less likely to produce atrocities in this one?

Is there any truth to the adage that those who don’t learn from history are destined to repeat it? I certainly think so. History is there for the teaching but sometimes it seems we’re just too damn stupid to learn from it.

Emotional evolution
Human evolution has provided us with a series of survival emotions. We needed to be aggressive hunters so as to eat, and fearfully defensive so as not to be eaten. In the natural world the strongest and most aggressive alpha male got to eat first and choose the woman he wanted whether she liked it or not.

But the world is very different today and we are not always well served by the same instincts that helped in the past. The fear of getting trapped in a cave protected cavemen and women from being attacked by predators. But today it makes a lot less sense to be afraid of modern-day equivalents of caves such as elevators, MRI machines, and subways, yet many people feel claustrophobic in them.

Cultural evolution
Another form of evolution exists as well. It involves culture and education and it can often overcome basic human instincts.

When there is plenty of food to go around all we have to do is wait in line at the grocery store. No need to club someone on the head and steal their wildebeest. Mating rituals have changed too. We now attract mates by treating them with respect – hopefully. Sure we still use the old standbys of flexing muscles and displaying cleavage but exerting physical force is no longer culturally accepted.

These changes do not come easily. They require constant vigilance. By seeing how natural instincts clash with our current reality we replace survival behaviours with a more orderly conduct. We educate each other. We create rules and laws. We develop societal habits. In short, we evolve a culture that benefits the greatest number of people and does the greatest good. Or at least that’s what one would hope.

Uniting against a common enemy
Humans not only need to eat and not be eaten, they must also protect themselves from other humans. When food supplies are scarce we can be pretty sure others will try to attack us and steal ours. The tendency to unite and fight against a common enemy thus becomes as necessary an instinct as fearing a cave. The sharpening of spears and the painting of faces makes sense in such a context. But does this is us-and-them thinking make any sense today? It may be funny when zealous fans paint their faces with team colours at a tailgate party but it isn’t so funny when defense departments spend billions on high-tech equivalents of modern day spears.

Why wars?
Why do wars happen? The simple answer is that if human nature leads to conflicts between tribes in a primitive world then human nature will continue to lead to conflicts between tribes in the modern world. Modern day tribal equivalents include races, linguistic groups, countries and their subdivided regions, religions and their subdivided sects, political ideologies and all their subdivided iterations. There is no shortage of tribes to pick from. Just add water and you can produce a person who feels superior to, or slighted by, a member of the other tribe. 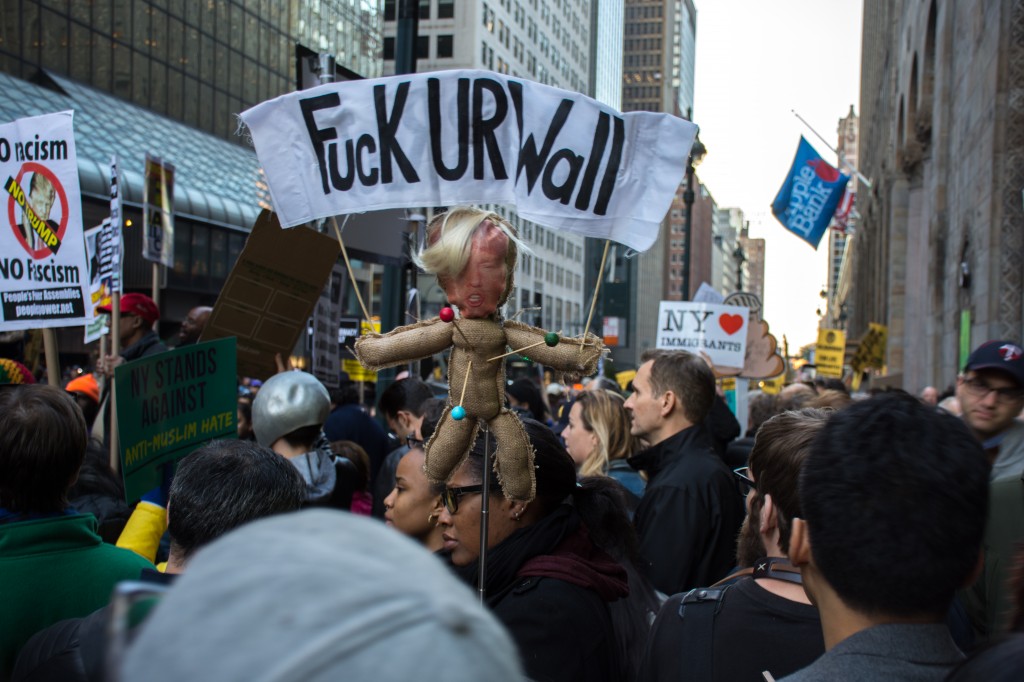 We get so blinded by this tribal zeal that we support anything our side says or does. In sports your guys are always fair and the other guys are always either cheating, playing dirty, or whining. We saw this in the last American election. Even avowed feminists supported and defended Donald Trump – a man who sponsored beauty contests for years – even after he bragged about groping women. There is no shortage of blinded loyalty to your side and that’s the danger of identity politics. There is no more dangerous adage than, “My country. Right or wrong!”

Cogent arguments and a reasoned analysis of policies and facts take a backseat to dogma. What you say becomes irrelevant as long as you are wearing the right uniform, or speaking the right language, or wearing the right religious symbol. That’s why the rise of identity politics is so disturbing. We travelled that road many times in the last century and always to a horrific destination.

Tribal thinking is a basic instinct that must be recognized as dangerous. Through an understanding of where we have come from and where we went wrong in the past our culture can promote values to overcome basic instincts. Just like we fight against our innate aggressive instincts through our cultural values and laws we can do the same to fight against this fundamental human tendency to tribalism.

It isn’t so hard to promote the idea of respect for the individual, or the importance of judging people on their individual merits as opposed to the group symbol they represent.

So are we destined to repeat history? Not necessarily. But if we keep playing in the minefield of identity politics I fear the answer is yes.


Tagged as groupthink, Identity politics, tribalism, us and them.

4
© 2013 Douglas Institute | Regulations on the Use of Douglas Blogs