An arts based exploration of DID 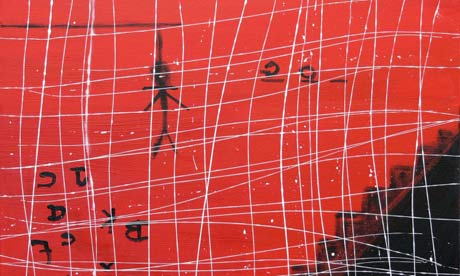 Kim Noble is an UK based artist diagnosed with DID (dissociative identity disorder). DID was once known as  Multiple Personality Disorder. Kim was offered art therapy and discovered painting. For the past four years she has been painting daily. She is considered an ‘outsider artist’, a patient who paints. She feels slighted by this label and would like to be recognised as a professional artist; however galleries find her work lacks cohesion, too diversified in style! In fact, her artwork displays the multiple styles of her 14 distinct personalities. It is a fascinating visual depiction of the significant differences between each and a testament to how differences in personality and worldview are translated into visual language. Some of her paintings bare direct witness to the trauma, others are naive, yet others are modern and contemporary. The Guardian has a more detailed description of her work and life. You can see a series of 14 artworks that illustrate the style of each alter-ego.  Ria is the one who paints the trauma quite graphically. Be aware it is quite disturbing to see.

See: Portraits of a divided self: A new art exhibition highlights a complex psychiatric condition.

3
© 2013 Douglas Institute | Regulations on the Use of Douglas Blogs